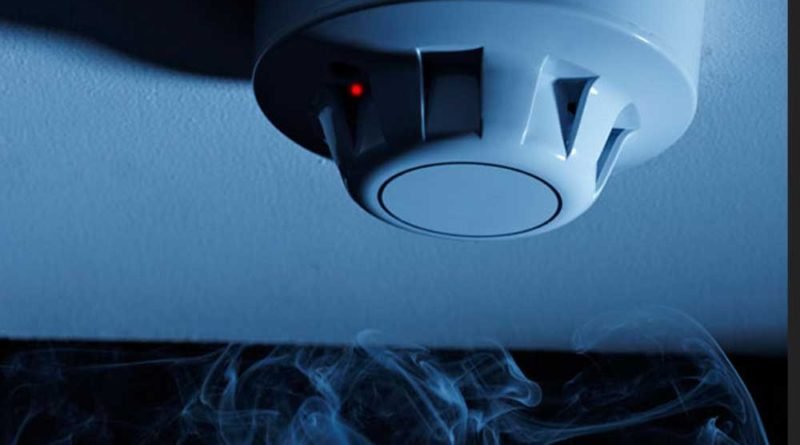 Smoke detectors aren’t all the same. Each is made different and made for different purposes. These devices installed in your home, office, and other structures have saved countless lives. Yet, many still don’t know how to properly use it.

You will face a hefty fine in Australia, depending on your state, if you fail to install a smoke detector in your house or building. The Building Code of Australia is a law that requires all buildings, both residential and commercial, to install their smoke detector.

Furthermore, insurance companies also have a compulsory requirement for their insurance holders to have smoke detectors fitted in their building.

According to Fire and Rescue NSW, of the 4500 residential cases they respond to annually, 40% were caused by electrical appliances, followed by cigarettes, and the use of heaters and candles.

This type of smoke detector uses infrared beams in detecting smoke. It’s quite more expensive than other types of smoke detectors as it can cover an entire floor using only a single unit. It’s efficient in detecting bigger smoke particles, smouldering flames and heat from different causes. It’s best installed in hallways, living rooms, and bedrooms.

This type of smoke detector is the most affordable type of all. It’s also widely available. It functions by utilizing a tiny radioactive source that produces a current inside the detector. Suppose there’s a smoke that enters the detector, the current changes. Thus, the alarm sounds. It’s great in detecting invisible smoke particles from a fast-burning fire such as wood or paper. It’s highly sensitive to smoke, so it’s better to install it far away from the kitchen or shower room. It is also one of the highly-recommended units by most manufacturers of smoke detector Australia has.

It detects the sudden increase in temperature instead of heat in a building through a thermistor. It measures the air temperature inside a building, and once it exceeds 58-degree celsius, the alarm sounds off. This type of detector is best installed in the kitchen since it prevents false alarms due to the smoke or steam from cooking.

This type of smoke detector is equipped with heat and optical sensors. It means that this device can sense heat and smoke simultaneously. It’s more responsive to different fire types and is recommended to be installed in living rooms, hallways, and landing areas.

This one, meanwhile, comes with a battery that is replaceable once a year. It detects smoke and must be tested regularly to determine if the battery needs replacement or not. The battery is recommended to be replaced every year.

It’s a set of detectors installed strategically inside a building. If one alarm detects fire or smoke, all other alarms will sound off. It means that you can hear the alarm right away regardless of where you are in the building. This type of detector is linked to each other using wireless technology instead of the conventional cable installation.

Regardless of the kind of smoke detector you choose, you must bear in mind to always choose a reputable company. Always check for quality, warranty, and efficiency because it’s not just your property that is at stake but your loved ones as well.

Read This Also: Jiorockers: Information that You Never Knew Before

Considerations When Hiring a Refrigerated Trucking Company
7 Things Your Lawn May Be Trying to Tell You
Why Topicals and Creams Are a Good Option for Getting CBD
Why are CBD Products so Expensive
9 Questions to Ask Before Hiring Junk Removal Company
10 Things You Should Know Before Calling a Bail Bondsman
How to Handle the Passing of an Elderly Relative
5 Ways to Prevent Theft on Construction Sites
Crunchyroll Top Anime Picks to Watch in Bed Before You Go to Sleep
Online Casino No Deposit Bonuses
How to Monitor Your Child's Text Messages?
What Are the Different Types of Estates That Exist Today?