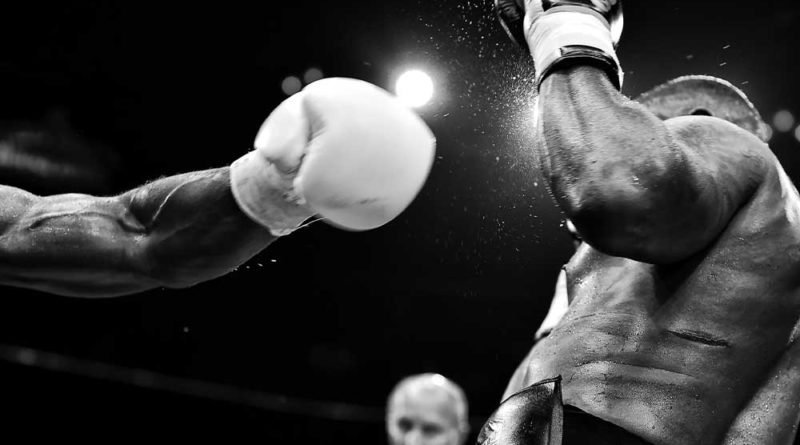 For the world’s highest-profile boxing matches, there’s only one location that comes to mind: Vegas. With its brightly lit strip and its abundance of luxurious venues, there’s no better place for the multi-million-dollar boxing matches between the greatest fighters in the world.

Since 2000, there’s been a monopoly on where major fights between the greats from Holyfield to McGregor are held: the MGM Grand Garden. Begun by business tycoon Kirk Kerkorian in 1973 with the MGM Grand, the MGM resort and casino brand in Las Vegas remains one of the most iconic on the strip and in the world.

Today, the mogul group is looking to expand beyond the confines of Vegas, no matter how glamorous, with its mobile sportsbook. A BetMGM sportsbook review highlights the group’s elevated banking and mobile options, though their bonuses may not be quite as competitive as other oddsmakers in the industry.

However, this may reflect MGM’s exclusive deals for punters who arrive in-person at their Vegas locations to wager on matches at the Garden or in one of their VIP betting lounges. After all, when Kerkorian decided to undertake a venue in the early 90s, he had boxing specifically in mind.

Much like MGM’s T-Mobile Arena in Vegas, the Grand Garden is designed as a multi-use stadium. However, Kerkorian looked for designers who could implement a setting both massive and intimate enough to cater to big-name boxing matches.

At the time, Kerkorian wanted to steal the limelight from Caesar’s Palace, which had an outdoor arena capable of hosting major boxing matches. Not only was this a move to draw in more revenue from events, but to specifically divert the colossal paychecks associated with heavyweight matches.

Some matches, like the 2015 Mayweather vs. Pacquiao face off, can generate half a billion dollars. However, at the Garden’s opening in 1993, the debut fight was held between Julio Cesar Chavez and Frankie Randall.

Though not a major event like those to come, it generated enough buzz because of Randall’s performance. Though the 18-1 underdog, the fight ended in a split decision, which only added to the hype for a future rematch.

By 1994, the Garden was hosting heavyweight title matches between greats like George Foreman and Michael Moorer. By 1996, Mike Tyson and Bruce Seldon were gracing the canvas. Though the Garden also hosted World Championship Wrestling (and even launched All Elite Wrestling’s first major event in 2019), the Garden is renowned for hosting the biggest boxing matches of the 21st century… though there’s no word if the venue will step forward to host the upcoming fight between Mayweather and YouTube star, Logan Paul.

Not only is the second title bout between heavyweights Evander Holyfield and Mike Tyson considered one of the most bizarre fights in history, but it also helped catapult the Grand Garden into the boxing stratosphere.

The fight ended when Tyson was disqualified for biting off part of Holyfield’s ear. What ensued was a chaotic rampage from both corners, followed by Holyfield’s conclusion that Tyson knew he was close to a KO and preferred to disqualify himself by biting his opponent.

Though Tyson was indefinitely suspended from boxing and fined $3 million for his offense, the buzz helped the fight generate upwards of $180 million from pay-per-view to broadcasting rights to casino profits—as well as cementing the Garden as the home of title fights.

Considered the battle between the greatest boxers of their generation, the fight between champions quickly became the most lucrative boxing match ever held. The fight between Golden Boy and Pretty Boy was a close-fought match, though much of the buzz surrounding the faceoff came before the day of reckoning.

For diehard boxing fans, the technical aspects of The Dream Match weren’t quite as riveting as previous title matches. Though surprising considering he was favored, De La Hoya lost via TKO after he chose not to return to the ring for the ninth round.

Though the match helped earn the Garden millions via broadcasting deals with pay-per-view deals with HBO (which brought in $70 million alone), it also catapulted Pacquiao to superstardom and propelled him to welterweight champion. With De La Hoya ending his career later that year, ‘The Dream Match’ is remembered as the moment Pacquiao inherited De La Hoya’s place as welter and lightweight champion.

It also helped usher in an era of highly-produced boxing matches, which the Garden helped to facilitate. Given most boxers worked with separate broadcasting groups, which owned the rights to air their fights, the Garden had to accommodate not only fighters and high-paying ticket-holders, but also consistent media frenzies.

As one of the most highly-anticipated matches in the history of boxing, the Mayweather vs. Pacquiao fight should have showcased a fisticuffs battle to see which of the multi-division champions would come out on top.

Since 2009, representatives for both fighters had been embroiled in a debate about the terms of the fight. For five years, reps battled about how the prize purse would be split and where and when drug testing would take place.

Meanwhile, pay-per-view providers like HBO and Showtime also nitpicked over specifics, given each network held the rights to Pacquiao and Mayweather, respectively. Though pay-per-view records broke US records and became the highest-grossing pay-per-view event with $410 million in revenue, the fight itself was little to gush over.

In fact, what was supposed to be ‘the fight of the century’ amounted to little more than a skirmish on the canvas. Mayweather went in with a highly defensive strategy, which meant Pacquiao struggled to land any hits. The boxers went twelve rounds, which saw Mayweather win via unanimous decision.

How to Handle the Passing of an Elderly Relative
5 Ways to Prevent Theft on Construction Sites
Crunchyroll Top Anime Picks to Watch in Bed Before You Go to Sleep
Online Casino No Deposit Bonuses
How to Monitor Your Child's Text Messages?
The Benefits of moving to Utah for Homeowners
3 Important Reasons to Take Action After A Car Accident
5 Maintenance Tips to Extend Equipment Life and ROI
How to Know a Person by Face Reading
How Does Clothing Affect Performance in Exercise?
When Do Users Start Preparing for the Holidays?
Diesel Generator Types and Maintenance Guide