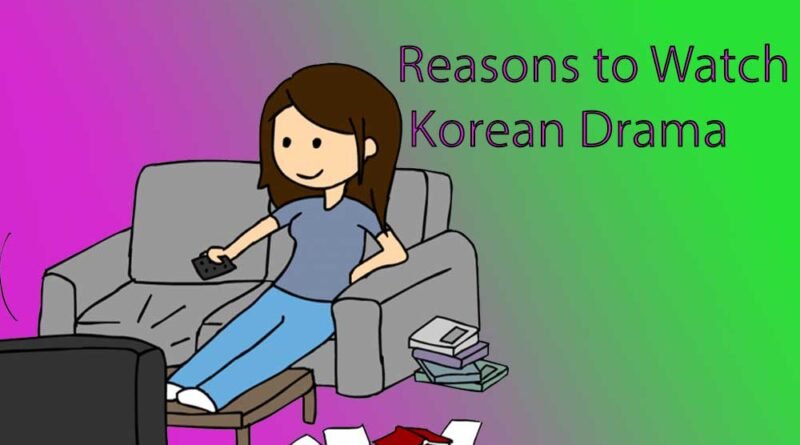 If you are looking for entertaining drama series, it is easy to overlook Korean drama movies. However, you should give them a try. They are entertaining and would be a way to learn about a different culture. Although K-Pop music is most well-known, the dramas are taking over, and they have subtitles translated into different languages. Even though most viewers are from Asian countries, there are infinite reasons to watch Korean dramas. Read on.

They Use Attractive Visuals

Movies such as the Monster Korean drama use attractive visuals. The actors and actresses are among the most appealing. They show a healthy amount of scenes with their perfectly countered bodies, S-lines, and flawless skin. Again, the videos have scenic scenes which capture the beauty of the Korean landscapes and topography. Watching these movies would feel like going on a safari to Korea, as you enjoy the country’s beauty and its people at home.

They Are Many Varieties of Movies

You will not run out of options with Korean dramas as their entertainment industry is quite diverse. You would choose romantic comedies, science fiction, high school dramas, medical drama, and fantasy. It might be difficult to choose one over the other; thus, you would keep going back for the drama.

It Incorporates Music and Food

Almost all the drama series show delicious Korean dishes, and you would know what an everyday Korean diet looks like. You may learn how to cook and eat their meals as discovering how to eat food from another culture is a fun way of learning new things. Again, their music is distinct and is mostly incorporated into their dramas. Music would complement the dramatic scenes, and you would learn a few Korean words from the repetitive songs in the dramas.

The Korean drama stars set a fashion tone across the country with their dazzling fashion and look in the movies. You would learn to accessorize your clothes from these movies, and you would model after their styles. Again, you would learn new makeup techniques which regenerate youthful skin. The Korean beauty tricks incorporate the use of herbs and natural elements, which improve hair and skin health, and you would incorporate them into your daily beauty routine.

Their Dramas Are Short

Korean culture is distant, and you can learn more about their culture through their television dramas and films. Their culture has different norms, values, and cultural practices from yours. You might learn some key phrases from the dramas which are used in daily life. Key phrases like ‘thank you, welcome and sorry’ might be important if you plan on visiting Korea as you would know how to interact with the locals.

Korean drama series are entertaining, and they would be an eye-opener to a new culture. You should incorporate these drama films into your watch lists to learn more about Korean, fashion, culture, and language. Good luck finding the most entertaining Korean drama films.

Fun Activities for Kids to Do on Winter Days
How Do Beginners Learn Acting?
Watchcartoononline TV to Watch Free Cartoons and Anime Limitlessly

Anything that revolves around beauty, makeup and style, excites Sophia. She has her own blog where she writes about makeup, styling, and even shares tips from her personal experience. Sophia is currently working as a professional makeup artist and stylist with a reputable brand, and even writes for their beauty magazine.