Business » How to Handle Angry Employees?

How to Handle Angry Employees?

A little rain must fall into each life from time to time.

The “rain” in this situation is one disgruntled employee; it’s not an “if,” but a “when,” because when dealing with employees, someone will eventually feel unheard, uncared for, or mistreated.

Should you let this disgruntled employee ruin your day? Quite the opposite is true. You owe this individual a big debt of gratitude if they take the time, energy, and effort to stand up and vent their problems. Employees that are angry or frustrated have three options. They have the option of speaking up, letting things stew inside, or leaving. As humans, our first instinct is to try to figure out if this employee’s rage is justifiable.

Some people know how to deal with a children’s anger but get confused when it comes to their employees. When you were at work, you may have come across “The Angry Employee” hurling barbs and obscenities from their cubicle. You recognize the type. During meetings, they kicked the table, slammed the phone down after a client misunderstanding, or forced their coworkers into fear and submission.

When The Angry Employee embarked on a fury rampage, shouting four-letter words at top volume, you coped with it by buying noise-canceling headphones or taking convenient coffee breaks. It was inconvenient because The Angry Employee made everyone in a 10-mile radius nervous, but hey, it wasn’t your business or duty, so you went about your business.

When Does an Angry Employee Become a Problem

If you want to know when an angry employee becomes a problem, then you must know how to differentiate between healthy and unhealthy arguing. Anger is a natural response that people have when they sense things aren’t quite right. When one of your employees is injured or treated unfairly, their rage acts as a catalyst. As a result, you quickly begin to consider how you can assist.

Healthy anger, on the other hand, causes harm to others around you rather than aiding them. It’s important to remember that just because employees exhibit one or more of these behaviors from time to time doesn’t suggest they have an anger problem. The problem becomes more serious when these practices and their effects become more common.

The following are some examples of how unhealthy anger can present itself in a variety of ways:

If you see an employee showing signs of unhealthy anger, that’s when you know they need some help and should control their anger otherwise it can be horrible for the rest of the employees and disturb the work environment.

How to Recognize the Behavior of an Angry Employee

Continue reading if you’re concerned about whether or not someone at your company has an unhealthy level of rage. Here are some of the most prevalent indications of a problem with anger control. Notice them before it affects your employees and the work environment.

We’re not talking about little squabbles amongst coworkers here. We’re talking about frequent, out-of-control arguments with everyone he meets, including strangers.

Not only that, but such individual believes they must win every dispute they have. It has nothing to do with what s/he is arguing about if s/he can’t back down from an argument. But it all comes down to being more commanding and in command.

If these fights appear out of nowhere and swiftly spiral out of control, it’s a sign that someone’s anger has become a problem.

Passive aggressiveness is frequently misunderstood as anger. It’s not obnoxious or violent.

Nonetheless, it’s one of the most telling symptoms of a problem with anger management. Workers may not even realize they’re being passive-aggressive, which is a problem. Not only that, but they may be completely unaware that they are angry.

One reason is that your employee’s emotions convey the idea that he is in command when he is passive-aggressive. He avoids conflict, for example, and is frequently snarky or indifferent.

The Employee Shows No Compassion Towards Other Employees

It is easier for a worker to blame other team members for his work problems than to deal with them himself. While he may do it unintentionally, it is usually a sign that he isn’t dealing with his own problems, which is a symptom of trouble.

A staff member who harbors resentment is another symptom of an anger problem. S/he remains enraged and unable to forgive, even for minor offenses.

How Do You Handle Angry Employees at Work

It’s normal for some emotional persons to have stronger sentiments and emotions than others. We all deal with our emotions in different ways, whether it’s because of our upbringing, culture, or personal concerns.

Allow an angry employee to vent their frustrations.

Unacceptable actions like yelling and swearing, on the other hand, will not be accepted, and you should treat them as such. Say something like: If one of your employees starts cussing or acting inappropriately when complaining to you, say something like:

“I understand that you’re upset, but I can’t stand you swearing and yelling.”

Allow Them to Vent

Although you should not allow employees to scream and swear in a way that jeopardizes workplace policy or corporate culture, if your safety is not in jeopardy, you should allow the angry employee to vent their frustrations to you.

Everyone is overwhelmed at times, and sometimes all we need to do is express our emotions, stress, and aggravation to someone who would listen.

Some difficult people don’t even need or want a solution from you; they just want to vent their frustrations, feel relieved, and then get back to work. Obviously, this is contingent on the circumstances, but it is possible.

Look at Things from Their Perspective

Managers and bosses are so accustomed to viewing work issues in a cold, objective light that it can be difficult for them to take a step back and view an issue through the eyes of the employee who is affected.

Take a step back, put yourself in their shoes, and attempt to see things from their point of view if an unhappy employee comes to you with concerns and worry.

It’s not as simple as it appears!

HR professionals understand the importance of this; attempt to imagine how you would feel if you were in their shoes.

Simultaneously, you must understand their perspective and attempt to sympathize WITHOUT appearing patronizing — there is a narrow line between the two.

Even if you’re receiving negative feedback from an enraged employee, consider it helpful criticism. The more feedback you get on your work, the more likely you are to make improvements and improve.

Thank the team member for their input in a calm, courteous manner, even if your ego is a little bruised. Every employee complaint is an opportunity to improve.

It takes a lot of guts to publicly complain to your boss, so congratulate them for having the courage to do so and for allowing you to make changes as a manager.

After an unhappy employee has told you about their difficulty or irritating circumstance, industry experts and HR specialists advocate that you reiterate the problem to them on your own terms.

“So, if I understand it correctly, you’re annoyed because of incident A with person B, and you’d like me to help by doing X, Y, and Z,” you might say.

Depending on the topic, you may only be able to repeat so much information to them, or you may want to avoid doing so altogether if things are particularly hot.

It all depends on the situation and how worked up the unhappy employee is, as is the case with these things.

Ask Them to Take an Online Anger Management Class

It’s natural to be apprehensive about attending a class. However, you may learn useful life skills that will help you achieve greater control over your emotions and avoid problems in your life as a result of your anger.

Anyone who wants to learn how to control their anger can enroll in anger management classes. A father who screams at their children, a partner who is emotionally abusive during disagreements, or a boss who yells at staff are just a few of the types of people you might meet in an anger management program.

Anger management seminars are sometimes mandated by the courts. A judge may require a violent criminal to participate in an anger management program. An employee should practice controlling anger very often because you operate in a corporate environment and if you lose your temper, you may end up taking a court-approved online anger management class.

As a manager, you face the difficult task of facilitating teamwork among people who don’t always agree. What matters is that individuals treat one another with respect, and that healthy disagreement does not turn into a nasty conflict. When you notice bad behavior on your team, take steps to keep the atmosphere safe and collaborative for all.

Help your employees control their anger because it can badly affect the work environment and ultimately, the rest of the employees will also start showing the same behavior. Whenever you see any worker showing anger issues, then make sure to take action timely by either talking to them, allowing them to vent, or asking them to take an online anger management class. How to Make Your Atlanta Business Stand Out
ByAlex Jones The Best Ways to Recognize Your Employees
ByAlex Jones Why Should You Set up a Limited Company?
ByAlex Jones 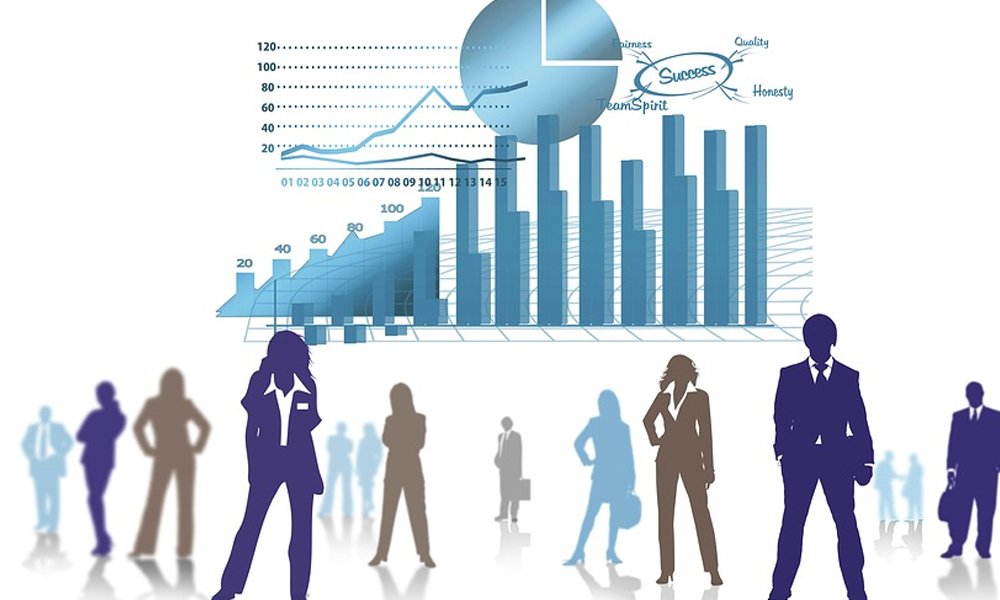