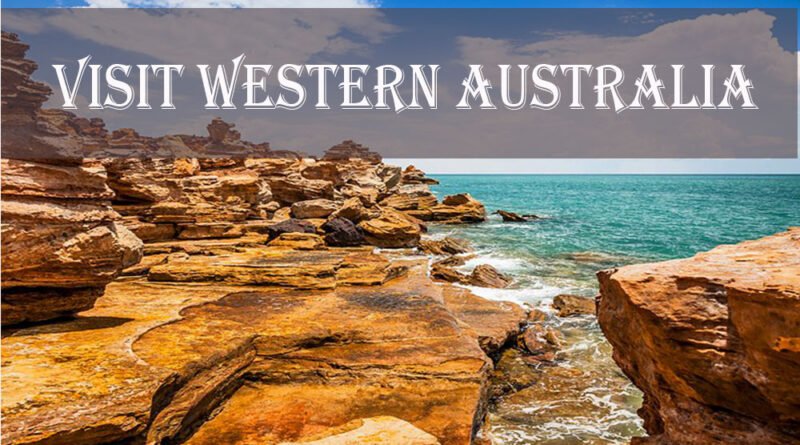 Australia is one of the most beautiful countries in the world. You have Uluru, the Gold Coast, Sydney Harbour Bridge, The Grampians, Rottnest Island, and Kakadu to name just a few things that make this country great. Western Australia is the largest state in Australia making up essentially a third of the entire continent. It is a vast area with everything ranging from beautiful ocean adjacent cities to inland areas which are mostly desert landscapes. With a wide and varied range of experiences to be had, WA is a fantastic place to visit in Australia.

The Road to Kalgoorlie

Kalgoorlie is the first major town you will meet if you are traveling from the eastern and mid states. A drive over the Nullarbor Plain from Melbourne to Kalgoorlie will take you on average 34 hours (with breaks, of course) and there is a surprising amount to see along the way. First of all, you go through Adelaide which is the capital of the state of South Australia and is known as The City of Churches. Once you are across the border you can check out the Nuytsland Nature Reserve which is home to the Eyre Bird Observatory. Before you get to Kalgoorlie, treat yourself to a stay at the Fraser Range Station near the Dundas Nature Reserve. It has sprawling land with emus and camels roaming the property and camping facilities with the option of a delicious home-cooked meal. Not a bad way to end the ‘90 mile straight’, Australia’s longest straight road, before you head up to Kalgoorlie. Once you have made it to Kalgoorlie, you can check out places such as the Museum of Goldfields and the Super Pit, which is a sprawling open-cut working goldmine.

The city of Perth is the largest in Western Australia and is also the capital of the state. It is located on the western coast overlooking the Indian ocean. It is a modern city, with plenty of things to do there. Railway Stakes betting is popular during the Perth Summer Racing Carnival as well as other horse racing events such as the Perth Cup and the Belmont Sprint. Perth is also home to many magnificent gardens and has some of the best beaches in Australia, with crystal clear waters and great surf sports. With access to some of the country’s most picturesque locations from which you can view the setting sun over the Indian Ocean, Perth is a stunning place that should make it onto your bucket list.

Broome was once the largest pearling port in the world and is still a major source of Australia’s pearl industry. It is a popular tourist destination with many experiences to be enjoyed. You can go on tours to see the pearl farms that are operating, take a scenic flight to the Kimberley showcasing some of Australia’s most beautiful outback scenes, go kayaking, and even take a sunset camel ride. Broome is the gateway to the Kimberley region which is a vast expansive sparsely settled area of northern Western Australia. It is best to take a scenic flight to get a bird’s eye view of the diverse geography of the region. It has it all, wild rugged terrain, expansive semi-arid savanna, vast gorges, towering cliffs, and majestic waterfalls.

If WA has never been on your list of places to see before, it should be now.

Cool Things to Do in George Town for Your Next Voyage
A Complete Guide to Apply for Travel Loans in 2022
3 Fun Directions to Take Your Solo Weekend
Planning an Alaska Cruise Vacation
8 Tips for Long Distance Moves
Why Go on a Desert Safari Trip?
7 Romantic Trips to Take With Your Spouse
10 Crazy Things to Do in Bali
Top 4 Best Weekend Getaways from Detroit

Alan Biles is a frequent traveller and also loves capturing every beautiful moment in his camera. He also enjoys working in the Automobile field, and this reflects in his writing. Currently, he is working as a freelance writer for multiple websites related to travel and automobiles. He loves updating about his excursions on his Instagram.