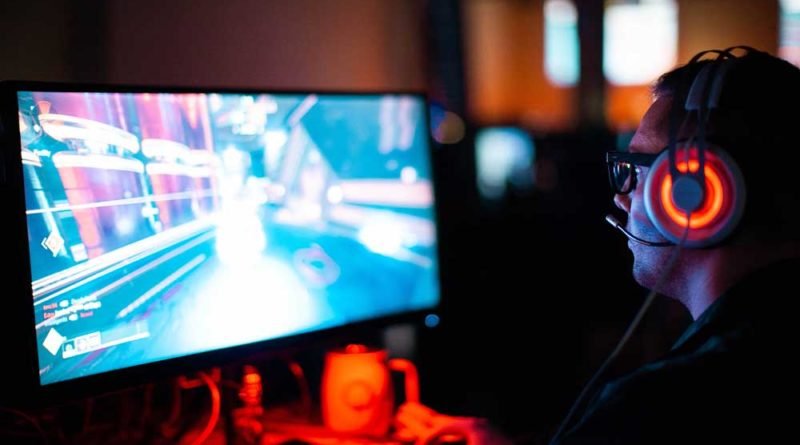 If you’re playing through WoW’s Burning Crusade expansion, then you’ll likely be eager to figure which of the classic classes work out best and how they do.  Here, we’ll dive into seeing how each of the classes works out and see which ones are too good to turn down and which ones that don’t quite hit the spot.

These shapeshifters can be described as a sort of all-rounder class.  Although this means they’re not the best in any given area, it does mean you have some flexibility with them.  Druids possess some decent supporter buffs such as Innervate for mana regeneration and Leader of the Pack which ups critical strikes.  Not only that, but they’re the only class that can revive party members and they have a new heal-over-time spell, Life Bloom as well as improved damage and mana regeneration.  It’s a marked improvement to its reputation in Classic as one of the weakest classes.   Overall, their powers make them an extremely solid choice when tackling the Burning Crusade.

A class specialized in ranged combat (though rest assured they can do well in getting up close and personal), the Hunter grants you the power to have a useful pet by your side through taming a wide variety of beasts.  Hunters that focus more on beast taming receive an increase in power for TBC.  They even have access to different traps which adds to their power.  A crucially big part of Hunter’s appeal is their high DPS (damage-per-second) and their high potential in PvE.  Hunters used to have an issue with the “dead zone”, where an enemy could be too close to use ranged attacks and too far for melee attacks, but in this expansion, the dead zone is no more.  Traps can now be used in combat too.

It can be confidently said that the Mage is an adaptive and highly useful choice (because having Mage be useless in a game like WoW would be almost criminal).  They have a focus on three different magic types: fire, frost, and arcane.  Each one comes with its own set of skills and therefore strategies.  Mages can make great heavy hitters, but also play excellent support roles.  Their crowd control and buff powers help them cover a lot of ground in being a highly versatile class.  One detail to note is how to frost Mages make for good PvP play, while fire and arcane prove to be useful in raids.  As for changes from Classic, TBC adds the Invisibility spell for reducing threat, there’s the new Molten Armor ups your critical hit chances and reduces chances of critical hitting you and frost Mages get a big power creep.

These holy knights offer a solid range of powers that make them perfect for the art of protection or more commonly known as “tanking”.  Their buffs, known as blessings, provide great defense, which is the optimal word for describing Paladins.  Depending on what role you want, a Paladin can be a protector, a healer, or a fighter.  Healers, or specifically Holy Paladins, can be an ideal way of healing tanking players and have traditionally been the more popular choice in Classic, but Burning Crusade makes all three choices very viable.  Among the changes from Classic, there’s Crusader Aura for speeding up flying mounts, Avenging Wrath brings a 30% damage increase and Protection Paladins get the handy Avenger’s Shield that grants them a ranged spell.

The main healer class in WoW and therefore a highly important class.  They have a wide choice of heals, such as absorbs, group heals, and quick heals, so they can ably adapt to the situation.  While this can mean a lot of pressure rests on your shoulders, you do have some formidable powers at your disposal.  Their holy spells, as well as shadow spells, also make sure you’re not some defenseless medic.  Go for holy spells and you can run riot with some great buffs, but take a walk on the wild side and you’ll find shadow spells can be an equally big aid.  These darker spells handle debuffs and damage over time to name a couple of their strengths.  Shadow spell-wielding Priests can do very well in PvP and PvE.  As for what’s new when moving on from Classic to TBC, there’s a Mass Dispel ability for removing harmful spells from allies and Shadowfiend conjures the titular fiend to attack an enemy and increase the caster’s mana as it does so.

The Rogue deals in the arts of melee, but with the addition of stealth.  They’re lightly armored, so sneaky, clever play is encouraged.  Fighting involves utilizing instant attacks to build combo points.  The points are then used to create mighty finishing moves or hefty buffs.  Disabling effects are also a big part of their arsenal with poison being a big part of a Rogue’s gameplay.  In PvP, you’ll find Rogues are one of the more popular classes in Burning Crusade.  Depending on who you ask, Rogues are even better than they were in Classic.  New abilities include Deadly Throw, a finishing move that slows enemy movement by 50% for six seconds, and Anesthetic Poison coats a weapon for one hour and has a 20% chance of poison with each strike.

Shamans are hybrids in that they can spell cast, get their hands dirty with melee and lend a hand through healing.  One large piece of Shaman gameplay is the use of totems that grant different effects.  You could use one to replenish mana or one to fight foes with attacks and debuffs.  These Totems, combined with the Shaman’s ability with the elements, let you cover a lot of bases and in this expansion, their usefulness is only magnified.  One particular spell that Burning Crusade introduces, Heroism, must be mentioned for its use in boosting melee, ranged, and spell casting by 30% for 40 seconds.  This allows for brilliant offensive play.  Additional new abilities include the Fire and Earth Elemental Totems, the former offering AoE damage and the latter for tanking, Water Shield for mana regeneration, and Totemic Call, which quickly recalls all Totems and gives back a little mana.  This addresses the issue in Classic, where Shamans had to be cautious with not leaving Totems behind and pulling enemies by accident.  You’d likely do great with a class as flexible as the Shaman.  That said, be warned of their hungry mana usage, which was a massive weakness in Classic.  Fortunately, Elemental Shamans have received mana regeneration powers, such as the talent Unrelenting Storm, which regenerates based on your intellect stats and Enhancement Shamans have Shamanistic Rage which lowers all damage by 30% and your successful melee attacks have mana regeneration chance equal to 30% of your attack power.

A more offensively focused class in WoW than the usual Mage, the Warlock dabbles in debuffs, curses, and damage over time abilities and you’ll find it’s a tremendous power player in Burning Crusade.  Shadow magic spells make up the majority of what’s on the menu, but don’t worry, there are nifty abilities that make for good support play as well.  However, a Warlock focused on damage dealing can be a monster in PvE and PvP.  The Warlock’s embracing of the dark arts even grants it the party piece of using demon minions for help in battle.  Compared to Classic WoW, there’s a new Seed of Corruption spell for solid damage over time and AoE damage and Fel Armor that increases healing and spell power by 20%. Without question, the Warlock’s one of the best classes which means it’ll be a common choice for players in TBC.

The big melee heavy hitters in WoW and one of the prime damage-dealing classes out there.  On the face of it, they’re fairly straightforward in that you build a rage meter as you deal hits, or get hit yourself.  The rage is then fuel for the Warrior’s melee attacks.  On the defensive side, they’re good at tanking and they work great in PvE.  In TBC, there’re some slick new moves added, such as Intervene, where go at high speed to an ally and intercept the next melee or ranged attack they were going to be on the receiving end of, improving their tactical mobility from Classic and Commanding Shout boosts all-party members’ health by 1080 for a couple of minutes.  Protection Warriors now boast better AoE threat choices as well.  Warriors are a class for those wanting to get right into the fight with far less fuss and TBC has addressed a good few of their weaknesses.

In Burning Crusade, there are a few classic classes that enjoy an upswing in form, but in the end, most, if not all of them have strengths.

You might find some classes involving more support roles may appeal to you more than a combat-heavy one, or vice versa.  Perhaps a mix is more your speed and that’s the good part about WoW’s classic classes in that there’s at least one you’ll probably click with.

In almost any MMO, getting through some parts of the game, regardless of class, can be a tougher time than you’d prefer.  World of Warcraft is absolutely no exception and so the fun to be had can dip if you feel you’re not leveling up fast enough, or struggling through a dungeon.  Websites like Boosting Ground offer expertise in assisting and getting more of what you want out of the game. Choose the TBC classic boosting service now and get the help you deserve!