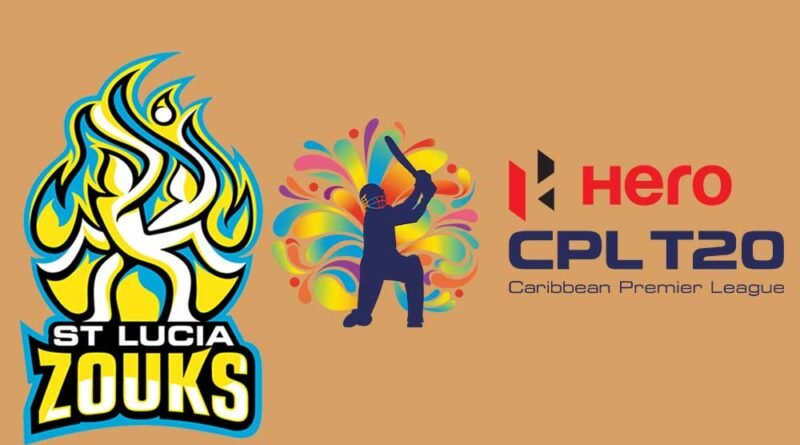 After their embarrassing back-to-back losses in previous years, the St Lucia Zouks finally made it to the finals of CPL in 2020. This was an impressive performance after their failed attempts in the previous tournaments. This near-win was newfound hope for the team as they are planning to come in with a bang this season.

Saint Lucia Zouks are now known as Saint Lucia Kings. They were initially the St. Lucia Zouks in 2013 when the team was established. Their first name change happened in 2017, and they became St. Lucia Stars. This didn’t last long because, in 2019, they went back to their original name, the Zouks. After the team was sold to the KPH Dream Cricket Private Limited in 2020, their name again changed to St. Lucia Kings. This name was an attempt by the new owner to tie Punjabi Kings, which they also own, to this CPL team.

To ensure this synergy happens, the St Lucia Zouks team also received a new logo. The roaring lion monogram is to represent KPH Dream Cricket Private Limited, St Lucia Zouks owner. They retained their blue Jersey, which matches St. Lucia’s national flag. With vigor and vibrancy as Kings, St. Lucia Kings are set for the CPL 2020 Championships. They come hungry for a win and will not settle for anything less.

The franchise has finally revealed St Lucia Zouks players list for CPL 2021. The championships will be played in different stadiums because they have to adhere to covid protocols. However, CPL 2021 allows some players to make the debut of their lives and put their names on the board.

St. Lucia Kings only retained seven of their players, letting go often. The management assigned the role of mentor and brand ambassador to their former CPL captain Darren Sammy. The management drafted ten new players for the new season, including the new captain Faf Du Plessis.

Of the ten, the team was allowed to bring in 5 overseas players. Joining Faf Du Plessis, Matthew Wade, the Australian wicketkeeper, and Samit Patel, the Allrounder from England made the team. St. Lucia Zouks roped in two Pakistani players, Usman Qadir and Wahab Riaz, to fill the remaining overseas slots.

The Zouks also brought in domestic players who have made it big in their careers. Star players like Keemo Paul and Alzarri Joseph will play for St. Lucia Kings at the T20 CPL championships this year. Joseph played for West Indies as a pacer and scored pretty good runs for the Mumbai Indians at the IPL. Keron Cottoy, the 31-year-old all-rounder, is expected to fill the void left by Captain Darren Sammy.

The 22-year-old prodigy Jeavor Royal made the cut, bringing to the table his spin bowling prowess. Coming in as the youngest player on the team, Kadeem Alleyne is another young cricketer to watch. The Zouks can be sure of speed with their excellent pacers Wahab Riaz, Kesrick Williams, Alzarri Joseph, and Obed McCoy.

Their all-rounder Keemo Paul will support the skilled spinners Rahkeem Cornwall and Roston Chase. Mark Deyal was obvious retention as his performance in the last season was nothing short of phenomenal. You can bet that the striking power which Andre Fletcher carries will make this season thrilling to watch. Faf Du Plessis has a cool head on his shoulders and brings calmness to the table. His captaincy is the team’s best chance of winning because he thrives under pressure.

check out the complete CPL 2021 Schedule for all teams and keep it here for these and more stories.

9 Free Games to Spend Your Time On
SPBO- The Perfect Betting Station for Sports Fans in 2022
Guide to Improve Your Online Gaming Experience
Football the Most Popular Sport in Iowa
Easy Ways to Select the Best Gaming Keyboard
Reasons Why Indie Games Are Better Than AAA Games
4 Popular Styles of Gaming
Enjoy A Hassle-Free Gambling Experience at Online Casino Websites
Pros and Cons of Devoko Adjustable Height High-back Ergonomic Gaming Chair
4 Most Popular Sports to be Betting on in the World Right Now
Blackjack Rules & Strategies | The Best Way to Play Online Blackjack!
Easiest Online Casino Games to Learn: A list of Top Casino Games for Beginners