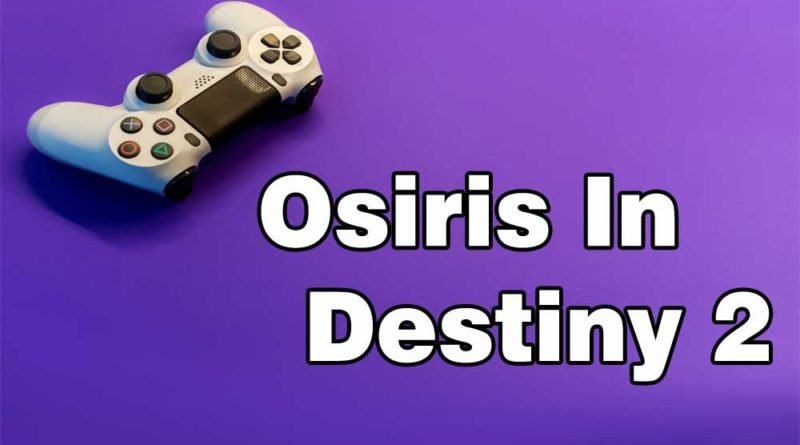 Destiny 2 is a game developed by Bungie, Inc., And Destiny 2: Trials of Osiris was first introduced in 2020.

It is a player versus player (PVP) mode in destiny 2 and it is considered the hardest and rewarding version of the game. The mode requires 3 players in each team to play.

The trials begin every Friday till Tuesday. Every match has 9 rounds in total and the team surviving 5 rounds first will be declared as the winner of the match. The trials of Osiris carry a tremendous number of hard missions and precious rewards at the same time.

I guess you want to know more about this amazing game. Well, I will let you know everything through this article.

So, without delaying more, let’s start exploring the game.

What Are the Trials of Osiris in Destiny 2? How Hard is It?

Here, we will provide information about the game and why it’s so hard to achieve the rewards.

You should know that in this mode, power level bonuses are available. This means your gear will play a vital role while surviving in the game. The difficult situation of the game is lower-level players. And they will cause less harm to higher-level players.

But they will take greater damage from the higher-level players. That is why always make sure to equip your character with your best gear. And also find experienced and pro players to team up.

Changes in Destiny 2: The Trials of Osiris

There are a few changes in destiny 2 trials of Osiris. For example, they have come up with a new idea of “Passages” instead of “Boons”. Though the new concept somehow resembles the older one, there are still some differences.

Speaking of the passages: first, the passage of mercy will help you to skip the first loss. The passage of ferocity will give you an extra win if you win 3 times consecutively without losing.

The passage of wealth will provide you tokens by completing the trials matches. And the passage of wisdom will increase your XP gains if you win trial matches.

Lastly, the passage of confidence provides you extra rewards that will be helpful to achieve a flawless card. They have also come up with new weapons, chest locations and so many other things to speak of.

It’s important to have a good strategy and be equipped with effective armor & weapons to win a game. We prefer for the players to use hand cannons as all-battle DPS weapons.

As the trial’s maps are huge and difficult to observe from all directions, it is a necessity to have a sniper in the team. The sniper will observe the overall area and keep updating the enemy’s whereabouts.

The player with less skill should have a shotgun as a secondary weapon for close combat. There are weapons like the 1000-yard stare sniper rifle, Arwen’s mercy pulse rifle, Hawkshaw pulse rifle, conspiracy theory-D shotgun, and many more. These weapons are all greatly effective to help you win the game.

It is necessary to get enough trials of Osiris loot to further advance your character. You can always loot from the Lighthouse Chest. Apart from that, there are options like ticket rewards, trial engrams, and bounties.

You can trade trial tokens in exchange for trial engrams. And trials tokens can be claimed on a daily or weekly basis. The interesting thing is you can’t store the tokens.

The tokens will be removed every Tuesday. Speaking of the ticket rewards, the more you will win, the better rewards you will receive from your ticket. If you win 3 times, then you will get gear of tier 2.

You will be able to summon all the strong versions of the trials of Osiris’s weapon by reaching the Lighthouse. You will also receive some exclusive cosmetics and pinnacle gear, which is a resemblance to a champion.

The flawless players will get the chance to decorate their armor with a yellow color armor glow. But the timeline of the glow is only 1 week. After that, you have to be flawless again to attain such armor glow.

So far, we have tried our best to present the necessary information on destiny 2: trials of Osiris. It is pretty hard to achieve flawless rewards. After all, only your good gameplay will not help you to reach the lighthouse. It also depends on how good your partners are at playing and coping up with you. That’s why you have to concentrate on your gameplay from boom to top.We believe now you can understand The Trials of Osiris in Destiny 2 and how hard it is. But recently some players are complaining about the game. Because they find it too hard to play. And that is an obstacle to entertain the players.