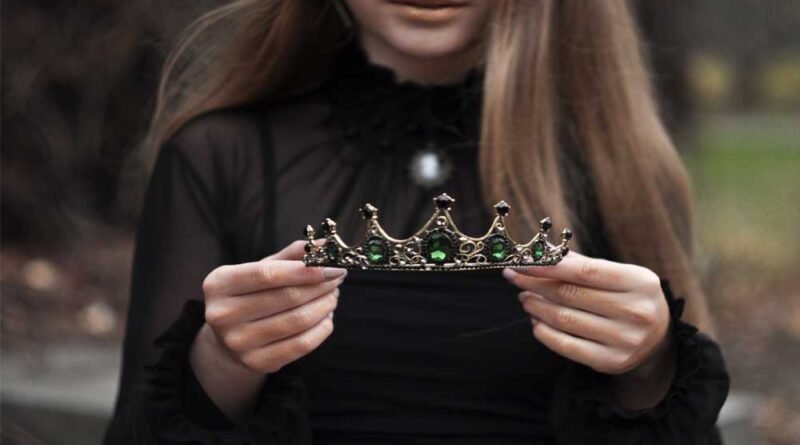 Jewelry has been a part of the history of mankind. It was adorned through the ages for various reasons. It is difficult to determine what caused the trend of jewelry to start but it has been around for centuries. It was initially handmade with fishbones, feathers, stones, seeds, and any material that could stand the test of time. These were worn to indicate a certain tribe, religious beliefs, societal class, status, and other such reasons. For example, nose ring designs are said to be brought to India by Moghul emperors. These were introduced in the 16th century and are adorned till today.

One piece of jewelry, that is debatably the most magnificent one, is the crown. A crown is a symbol of royalty, power, uniqueness, superiority, and wisdom. The pinnacle of jewelry, a crown separates the wearer from the rest of the crowd. Although this was exclusive to kings and queens, it has now become a symbol of honor. A crown is a coveted piece of jewelry worn during weddings and wedding parties. This adds a heap of glamour to the wearer’s look, making one of the most important days of their life, much more dazzling.

Let us look at the types of crowns that are available.

Circlet is an ornamental band of precious metal that is worn on the head. This may be studded with stones or maybe a plain gold ring without any intricate work. These are also called diadems. A circlet is not very high and can look good with a white wedding gown that can be fixed along with the veil. This type of crown compliments any type of clothing and can be reused on any occasion. The standard shape is a circle; however, the outline can be changed for effect.

A coronet is another type of crown that looks regal when adorned. A coronet was traditionally worn by nobles. There is a circular band that rests on the head and a pattern that branches out upwards. You will generally find a coronet that has triangles extending above the headband. It is generally decorated with pearls and made up of gold. You can look for a coronet that is also studded with stones matching your outfit for your special day.

This type is most popularly preferred by enthusiasts who wish to wear crowns. It looks elegant and adds a touch of glitter. A tiara has many designs but the factors that make it stand out are the shining stones and one focal point at which it is highest. These are symmetrical and although the height is not written in stone, it generally tapers down from the highest point to the headband The front has a lovely design and the back is a single line of stones. It can be worn as low as your forehead or pinned back, depending on your hairstyle for the day. These can go well with any type of bun and you can let it be the point of focus by adding minimal jewelry.

Step Up your casual and formal looks with Kadas
High-quality Stylish Occasions Dresses for Every Occasion
6 Reasons to Buy Remy Indian Hair Extensions Online
Fedoras: How to Select a Summer Straw Hat for Men?
Can We Make Jewelry from Steel?
Classic Outfit Options for Men’s Casual Look
5 Best Brands Of Eyeliners In Singapore
The 5 Best Home Beauty Services Of 2021
Golf Accessories for Men
9 Important Summer Skincare Tips to Remember
5 Stunning Breitling Watches You Can Buy This 2021
Ultimate Benefits of Wearing Headband Wigs by Incolorwigs